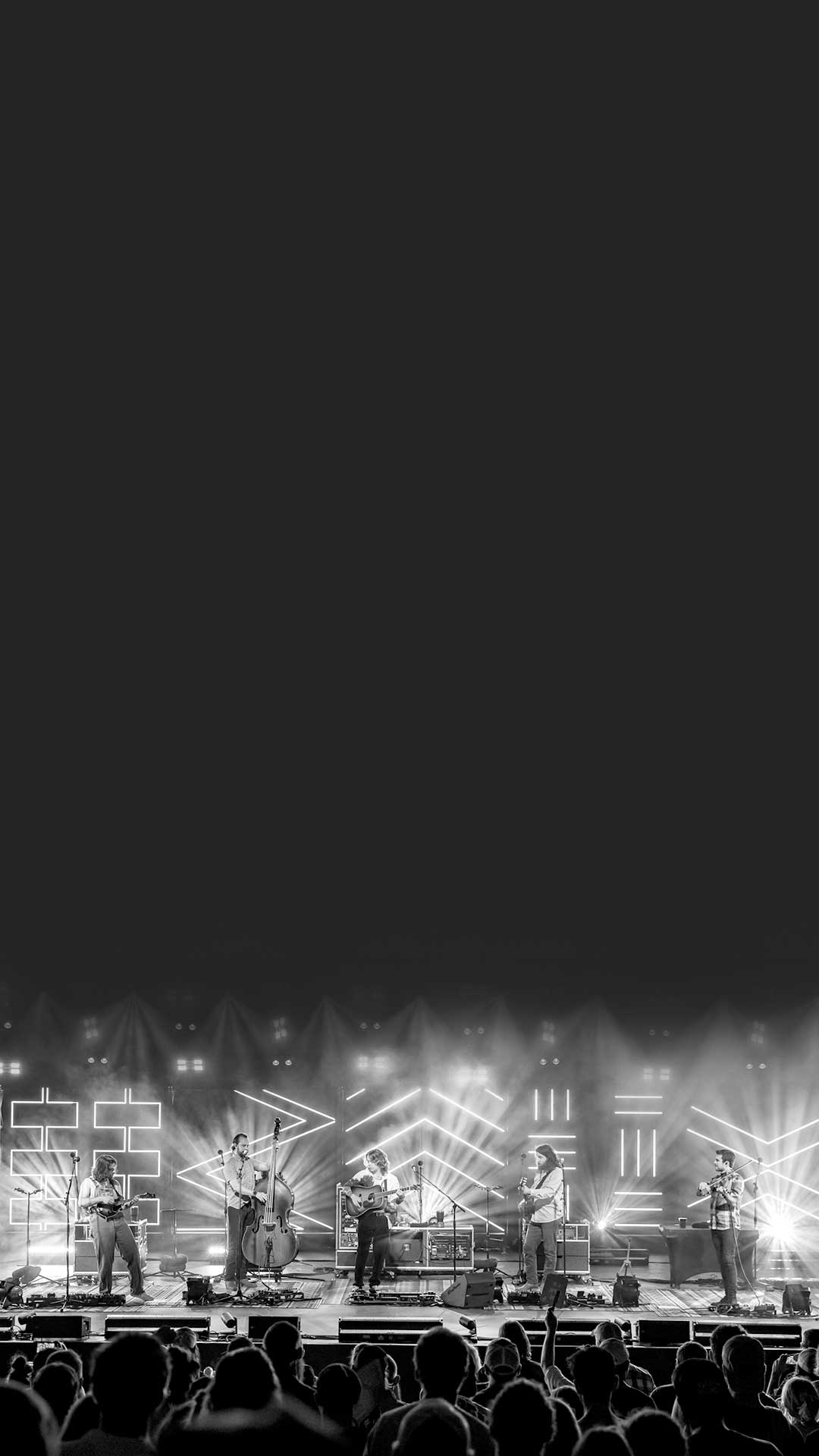 It’s at about five minutes and thirty seconds into the second track (“Meet Me At the Creek”) on the debut LP, Turmoil & Tinfoil, from Nashville bluegrass iconoclast Billy Strings that you start to see his intense vision for American roots music. It’s right after a jagged, spiraling solo from Billy’s mandolinist Drew Matulich, when Billy’s guitar starts aggressively stacking power chords and suddenly leaps into a screaming acoustic guitar solo that twists its way through a dark-Cthulhu bluegrass jam. This vision is echoed in the hallucinatory album art, and in “Spinning,” a spoken-word track that recounts a psychedelic-fueled dreamscape. Billy Strings plays hard and he lives hard, picking so fast and intensely that he’s known to break multiple strings per song, and basing the songs he writes on the hard lives he grew up around in the abandoned rural communities of America. At the same time, he’s one of the most beloved young bluegrass guitarists today within the bluegrass community, and his front porch in East Nashville is constantly filled up with Nashville’s best roots musicians just picking up a storm. That’s how he can balance blazingly-intense, mind-expanding musical explorations with straight-up traditional bluegrass: he doesn’t see them as being any different. They both have the same white-hot core: a realization that the best way to be taken seriously in music is to blow people’s minds.

The tricky part of making the new album, Turmoil & Tinfoil, was translating Billy Strings’ incendiary live show into the studio. Many bands have fallen flat capturing the energy of live performances, and very few bands play live with the kind of ferocity that Billy generates, whether performing with icons like Del McCoury, David Grisman, Sam Bush, Hot Rize, or tearing down the roof at any myriad of roots festivals across the US, all of which earned him massive word-of-mouth buzz leading into this new full-length album. Returning to his home state of Michigan, Billy enlisted acoustic roots wizard Glenn Brown (Greensky Bluegrass) as producer, and centered the music around his new band, featuring Matulich on mandolin with banjo prodigy Billy Failing and much-loved Nashville bassist Brad Tucker. Rich with special guests, Turmoil & Tinfoil shows off Billy’s East Nashville community of picking friends, among them Miss Tess, Molly Tuttle, John Mailander, Shad Cobb and Peter Madcat Ruth. Of special note is a virtuosic duet between Billy and bluegrass guitarist Bryan Sutton on “Salty Sheep” that shows the speed, precision, and creative craftsmanship of bluegrass when it’s done right. Rounding out the album, Billy’s father Terry Barber joins him on a newly-written bluegrass song, “These Memories of You.” As Billy says, “I grew up pickin’ and singing with my Dad and I remember falling in love with not just a specific song, but just the way that real mountain bluegrass harmony sounds. The high vocal part soars above the lead and there’s really nothing better than singing with someone and having that harmony lock into place.”

Billy Strings came to the tradition honestly, a fourth-generation musician who grew up playing this music with friends and understanding that bluegrass jamming was a means to build a community and to make connections. But at the same time, he’s come up in a modern world, in modern times, and doesn’t see the music as a relic. Instead, he’s infused it with the heavy metal and punk that he also grew up with, embellished the songs with deep references to psychedelic adventuring, and based everything he does on his undeniable virtuosity as one of the most fire-breathing guitarists in American roots music today. 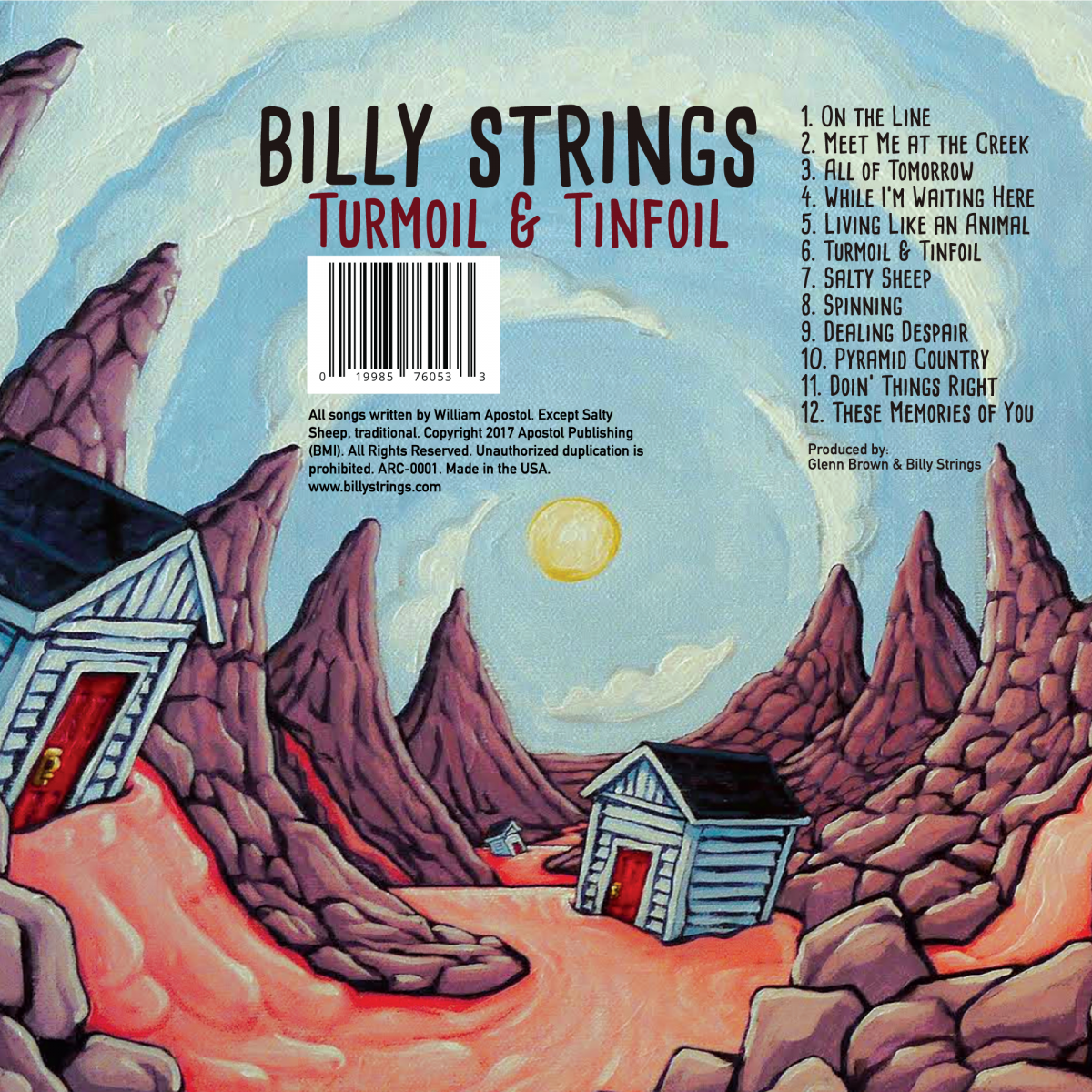 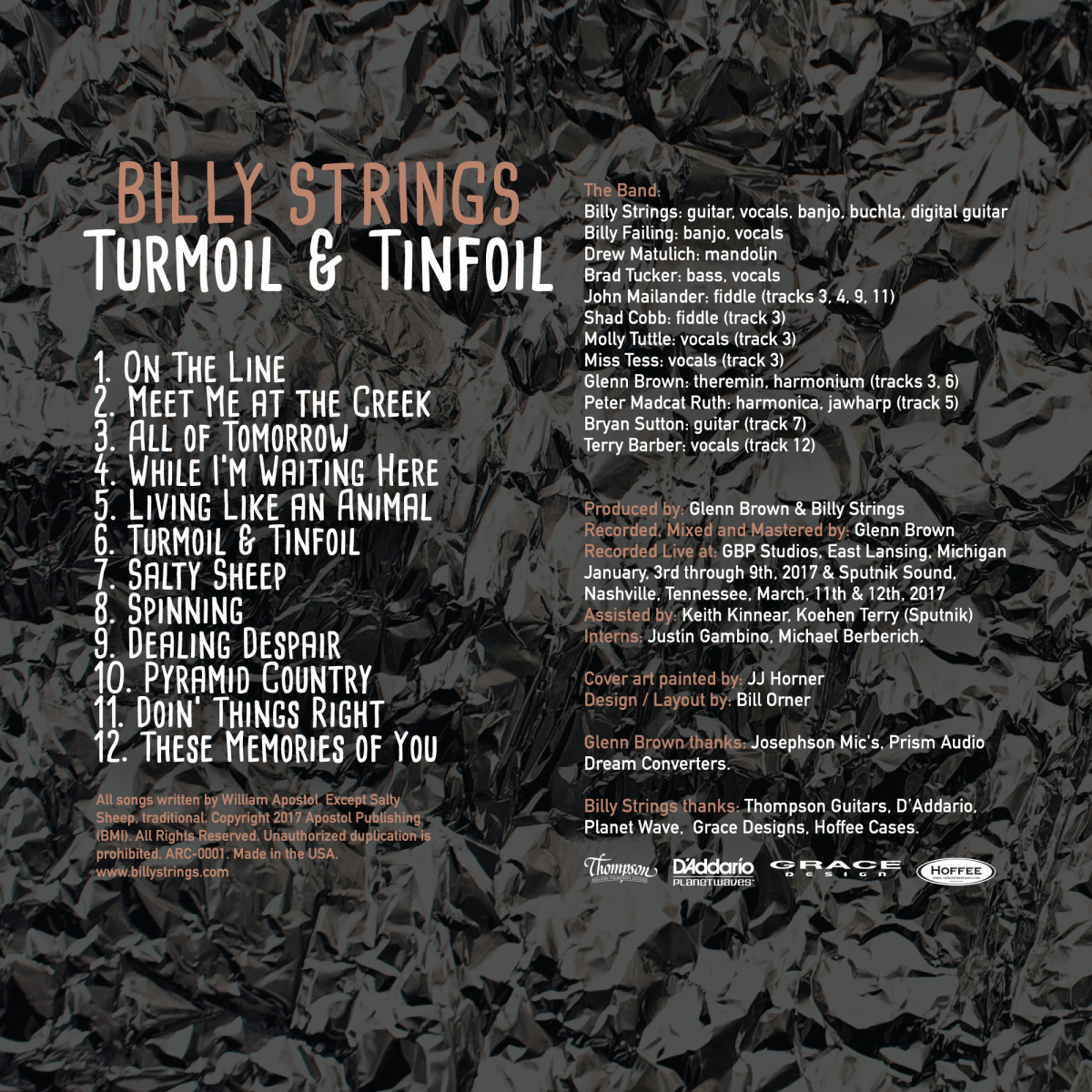